skip to main | skip to sidebar

The white rat is day. The black rat is night. Gnawing rats are the passage of time.
Posted by Gregory Vincent St. Thomasino at 08:12 No comments: Links to this post

“A constellation.”
In a month or so I’ll grow bedsores. What will she say to that?
—Let me smooth some elbows on your cream. Feel better?
—Delightful. Some here?
—I see. . . .
—And my shoulder blades.
—I see. Why don’t I just give you a rub? So tell me what you did today.
—Well, after long deliberation the gods have seen fit to ratify my proposition. We’ll be raising the new constellation on the evening of the fifteenth.
—You don’t say. Congratulations.
—Draco’s out of town ’til the thirteenth, Hercules enters the clinic on the seventeenth. The most crucial obstacle, filling those two vacant spaces, was finally hurdled late last Saturday when the Big Man made a show and came ’round to granting us a couple stars.
—Quite an accomplishment.
—I’d say. He won long applause. And then you know, the entire chamber turned ’round and applauded me. The Big Man too! Although He didn’t stand. You know I have to admit I was a bit choked up. Then Cepheus tapped me on the shoulder, and guess what? Cassiopeia kissed me on the cheek! Hercules invited me out for a drink, but I declined. You know what happened the last time we went out drinking two-o’clock in the morning.
—A national disgrace!
—I’d say. I got off easy. The press has yet to forgive Herc.
—Do you suppose those women’ll ever get their lives back in order?
—Beats me.

“How I Became Verbal Sadistic”

If you really want to hear about it, the first thing you’ll probably want to know is what I ate and what TV shows I watched, how they plopped me in front of Bozo and filled my bottle with Pepsi, how I suckled ragged the corners of my pillows and bit off the noses of my teddy bears, how those teeth marks I left in Grandma’s kitchen chair sent my father into a seizure, how he beat me, then, and how I would not shit or speak to him for weeks, how my father flew for a commercial airline and could see me only once a week, and how I always managed to have diarrhea on the nights he took me out, how he stopped bringing home his girlfriends, and all the sitters that I had, and how Aunt Gloria saw after us for a while at the beginning, and why I bit her, and how she said I was possessed and got this Catholic priest to talk to me, and how he said I was too headstrong to be possessed and started all that commotion about my welfare when I asked if he knew of any nuns who were wet-nursing, and how they put me away and I was forced to make confession and damn nearly gagged on my Communion wafer.
—It’s a sign! Auntie said.
How I showed up one morning at Newark Airport and nearly got my father fired, how he took me up to Boston where he had an apartment and said we were gonna start fresh, how the doctors said I was sick, and how they gave me insulin, and how the blonde nurse sat with me and showed me where with the syringe, and how I never bit again but learned to sublimate the urge by saying fuck!

It lived downstairs, in the Men’s room, at the old Brunswick alleys where my league used to bowl. Some boys, my age—twelve or thirteen, probably a little older—lured me down there and instructed me on how to coax it from its slumbers.  You had to stand on a particular spot, and jump up a bit to catch hold of this metal bar that was a part of the stalls.  Then, dangling for an instant, you reached for the hot-air blower and pushed its Onbutton.
This simultaneous action—of holding to the bar whilst engaging the blower button—resulted, more often than not, in the delivery of an electrical shock.  And for an instant you’re made helpless, dangling there like an idiot while the boys gathered ’round you have a fit.

Thanks to Pindeldyboz and to New York Tyrant.
Posted by Gregory Vincent St. Thomasino at 11:11 No comments: Links to this post

Gregory Vincent St. Thomasino
"If to the moment I should say: Abide, you are so fair." 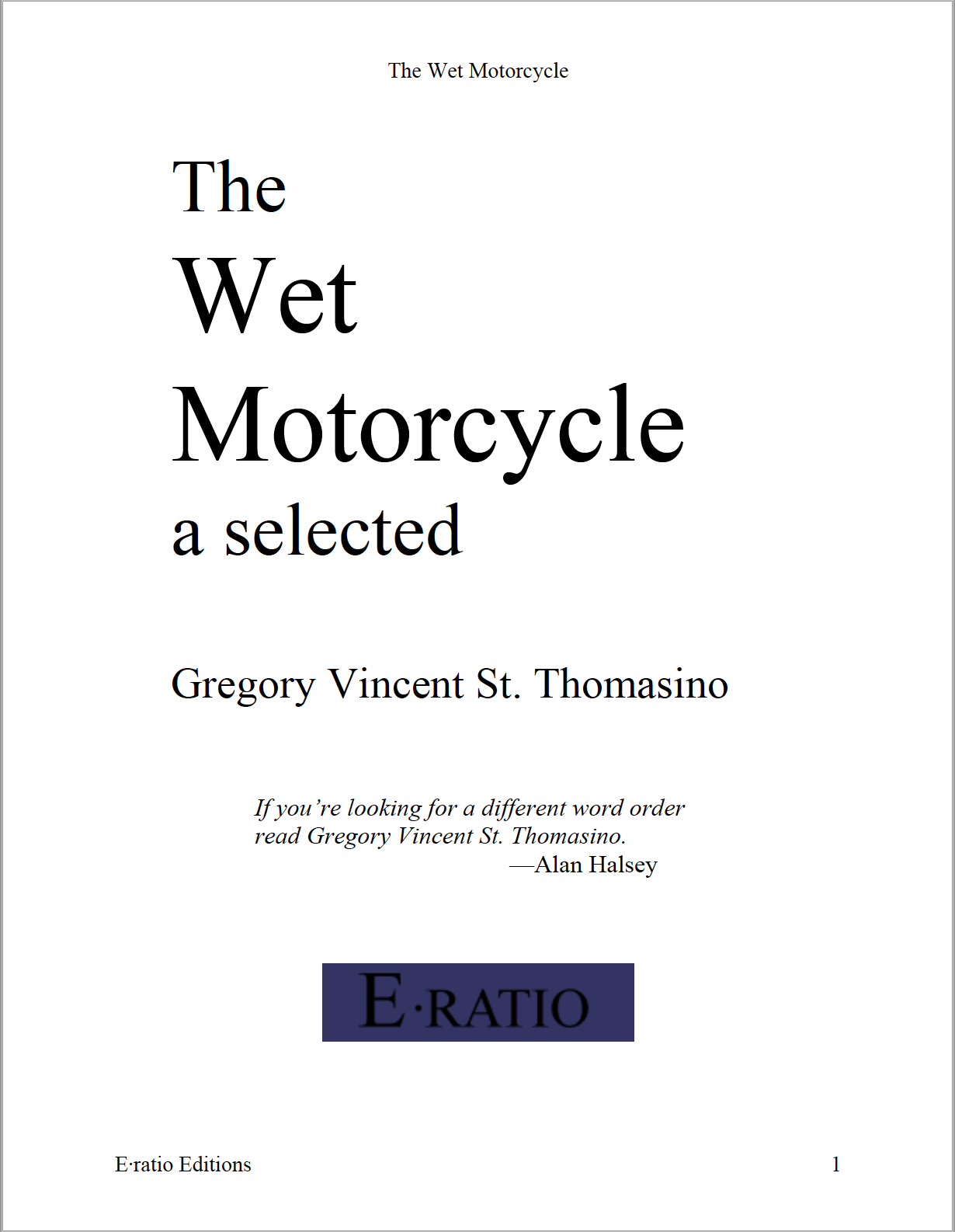 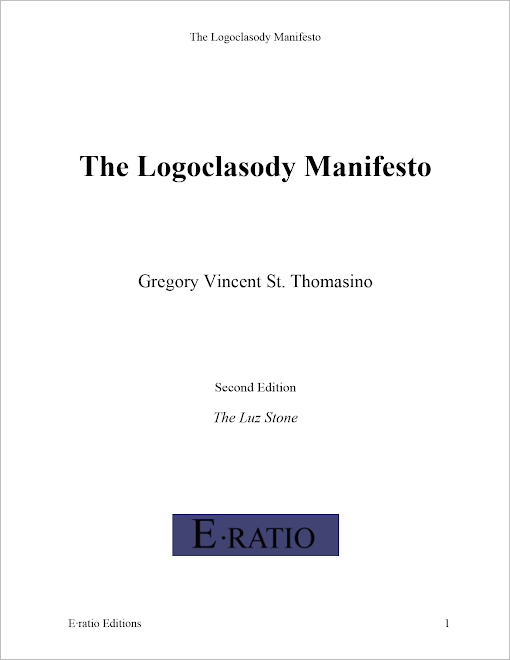 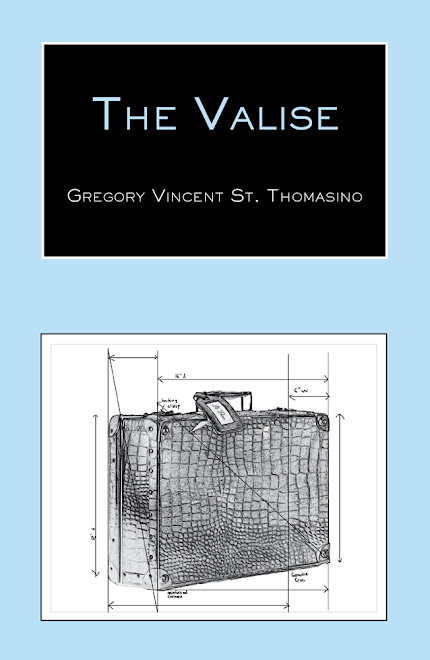 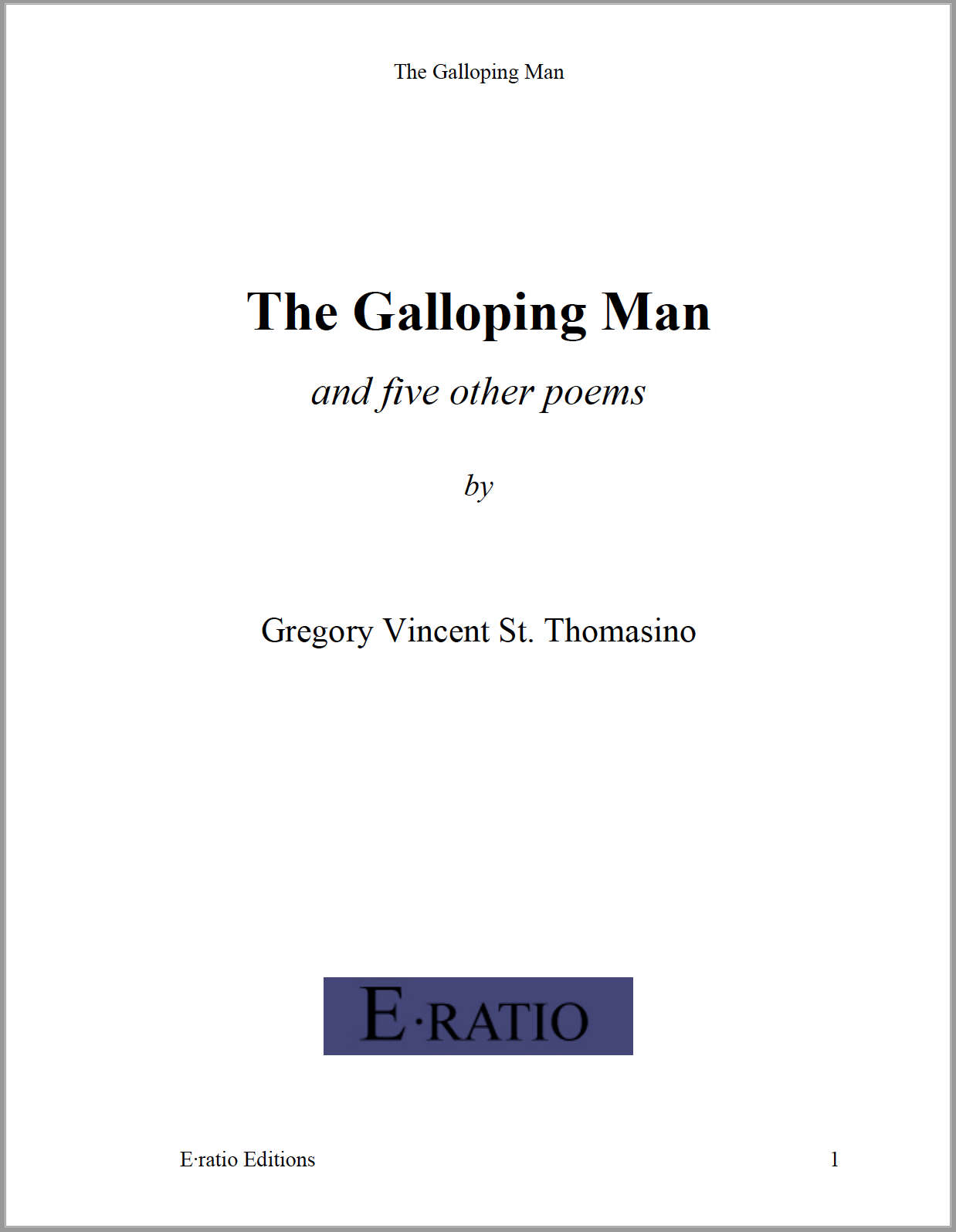 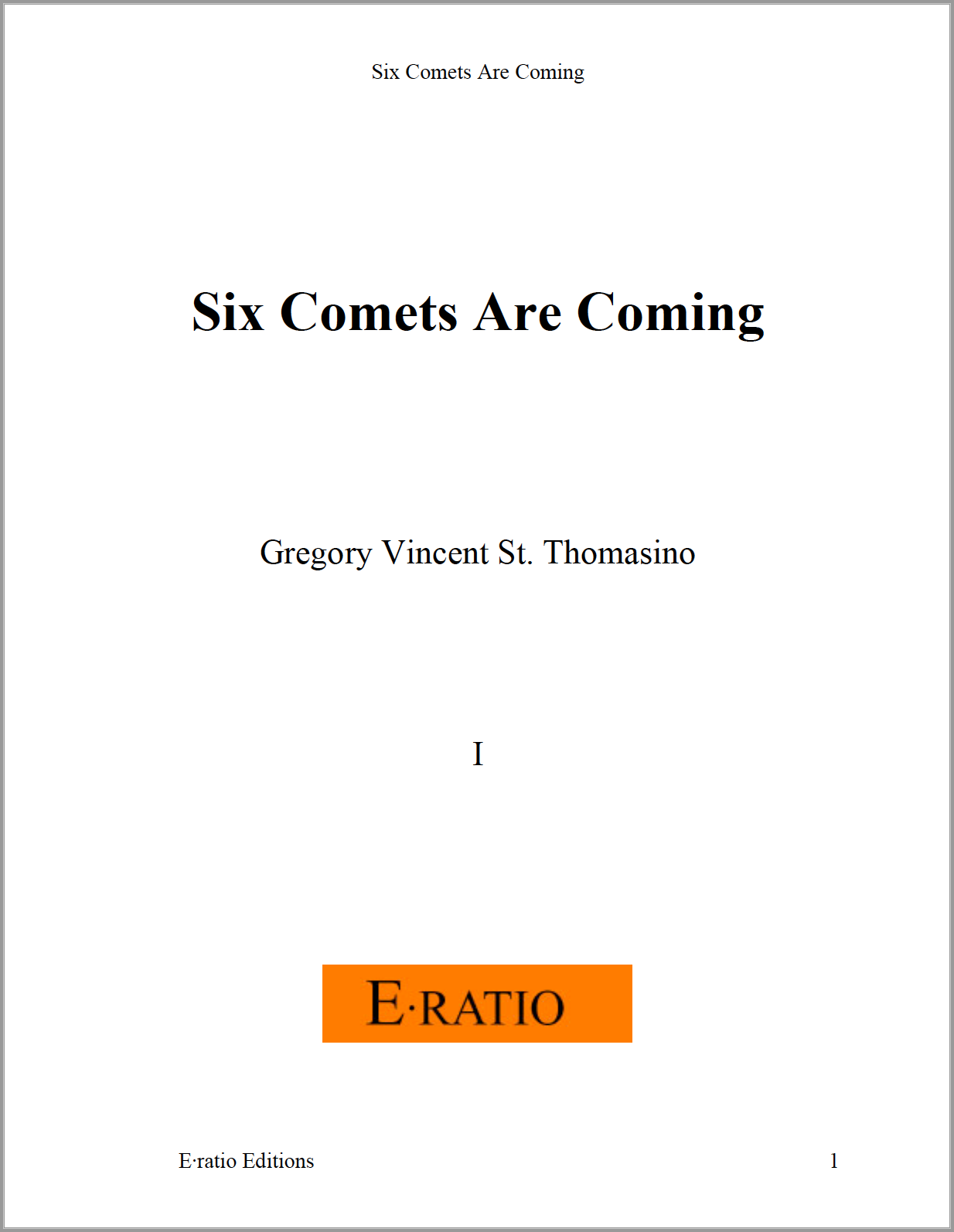 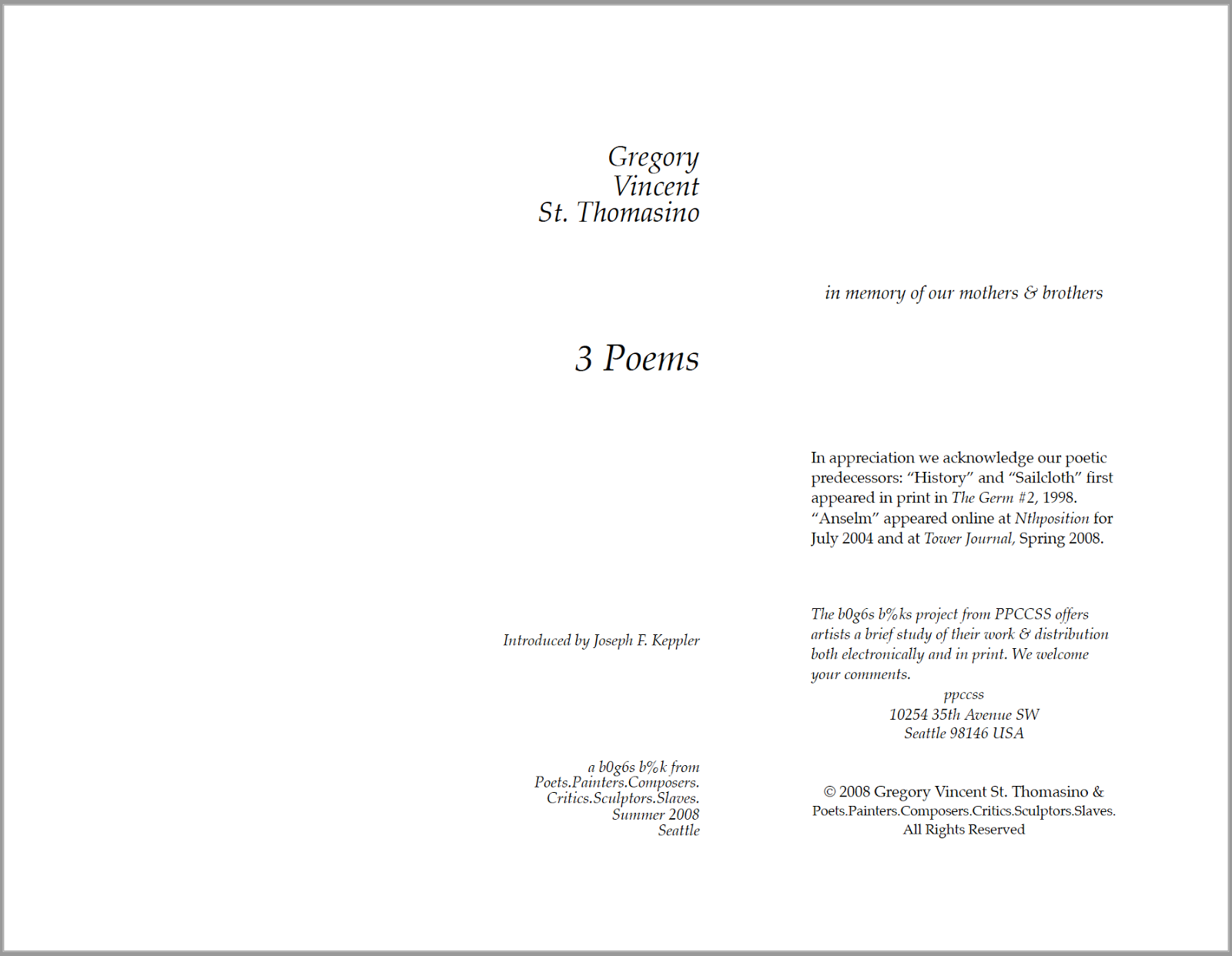